Paddle Your Own Kanoo

Finding the right flight deck crew isn’t an easy task. There’s a worldwide shortage of qualified pilots and it’s coming at a time when the demand for air travel is surging. Airline recruiters then have the uneasy task of making sure the few qualified candidates are suitable for the job. Recruiting the wrong person could literally lead to disaster.

That’s why Aon's Assessment Solutions, an international assessment specialist, has developed a groundbreaking analysis of the competencies which make the ideal airline captain, first officer or cadet. The need couldn’t be more acute. Aircraft manufacturer, Boeing, has estimated that 558,000 pilots will be needed globally by 2034.

Yet airline recruiters are struggling to keep up with demand.  In the U.S., an estimated 18,000 pilots are expected to retire at mainline airlines in the next three years. “All of us [in the US regional airline industry] see a very significant pilot shortage,” commented Chip Childs, President of U.S. regional carrier, SkyWest Inc.

The problem is only accentuated by the high training costs incurred by budding pilots. For many, the huge cost of training is borne entirely by them – upwards of $89,000 USD.  The pressure is extreme – there’s no guarantee that an airline will hire a newly qualified pilot and then pay packages can fall well below expectations.

Pressure to Recruit the Right Pilots

But the pressure is just as keenly felt by airline recruiters as well. They’ve got to make the right hiring decisions with a shrinking pot of candidates to choose from. Making the wrong decision has the real potential to end in disaster. The 2015 Eurowings crash was a stark reminder of the ultimate faith that airlines have to put in their flight deck crew.

All 144 passengers and 6 crew were killed when Andreas Lubitz, the First Officer of Germanwings flight 4U9525 slammed his Airbus A320 into the side of a mountain in the French Alps. Lubitz had “shown symptoms suggesting a psychotic depressive episode” and had been declared unfit to work weeks before the tragedy.

And earlier this year, a United Airlines pilot had to be removed from a flight when she took to the intercom and started to rant about Donald Trump and Hilary Clinton. A passenger on board the flight said of the incident: “The captain demonstrated that she was not mentally in a safe space.”

A similar incident occurred on a jetBlue flight in 2012.  On that occasion, the pilot had to be restrained and forcibly taken from the flight after suffering an apparent mental health crisis.

Airlines have traditionally put the onus on experience as a marker of a competent and trusted pilot. The Dubai-based airline, Emirates has been running pilot recruitment drives around the world to keep up with its expansion plans – it offers a generous pay package to attract talent but requires pilots to have at least 3,000 flying hours before they can even apply.

“Airlines have an ongoing need to recruit skilled pilots who can not only navigate and fly their aircraft but who are also committed to the safety of their passengers and crew,” says Nora Nienhaus, Research Consultant at Aon's Assessment Solutions. The specialist assessment company has published a new study that involved expansive literature reviews, job analysis findings, empirical evidence gathering and global validation research.  Over 27,000 flight team members from 12 different airlines were involved in the research. “Our study identifies the core competencies and behaviours that will predict which candidates will safely and successfully fulfil these requirements,” said Nienhaus. She continued: “By assessing applicants against this profile, in the early stages of the recruitment process, airlines can sift out those who are unsuitable and focus their attention solely on the individuals who have the potential to succeed.”

The study authors believe that airline recruiters can make use of a new personality questionnaire to effectively weed out candidates who show “counterproductive behaviour”. A ‘behavioural fit report’ is created for each candidate which measures them against the required competencies for the role. “The behavioural fit report can flag up personal or psychological aspects that should be explored further in an interview,” noted Nienhaus. However, she warned that the new technique was not designed to replace proper clinical interviews and that airlines should still undertake regular psychological evaluations of their current and potential flight staff.

What Are the Key Competencies?

So what are the key competencies that make the ideal pilot? Aon's Assessment Solutions have broken the best attributes into ten categories: safety orientation; decision-making; customer and commercial orientation; teamwork; interpersonal skills; resilience; self-discipline; dedication; drive and an interest in self-development. Although that’s not to say the process is rigid. Subtle differences emerge for different roles and differing levels of experience. “A captain’s role will involve leading the team and resolving any conflict, whereas a cadet’s role is more about respecting the rules and contributing to the team’s success.” The hope is that the new research will help recruiters make informed selection decisions as early as possible, helping them to “focus their attention solely on the individuals who have the potential to succeed.” 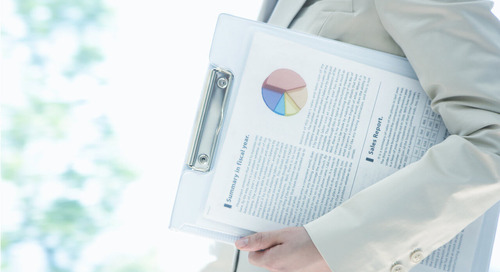 Growth via Acquisition: the Secrets of Success

The fact that several assessment providers have recently been bought tells us two things: firstly, these co... 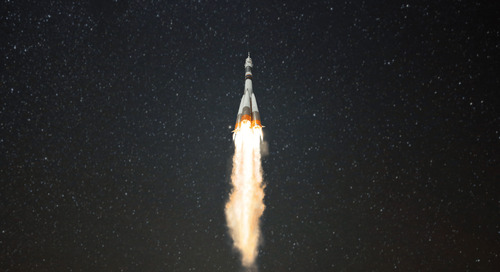 Employers used to use psychometric assessments to prevent the ‘wrong people’ from being hired (and thus sav...