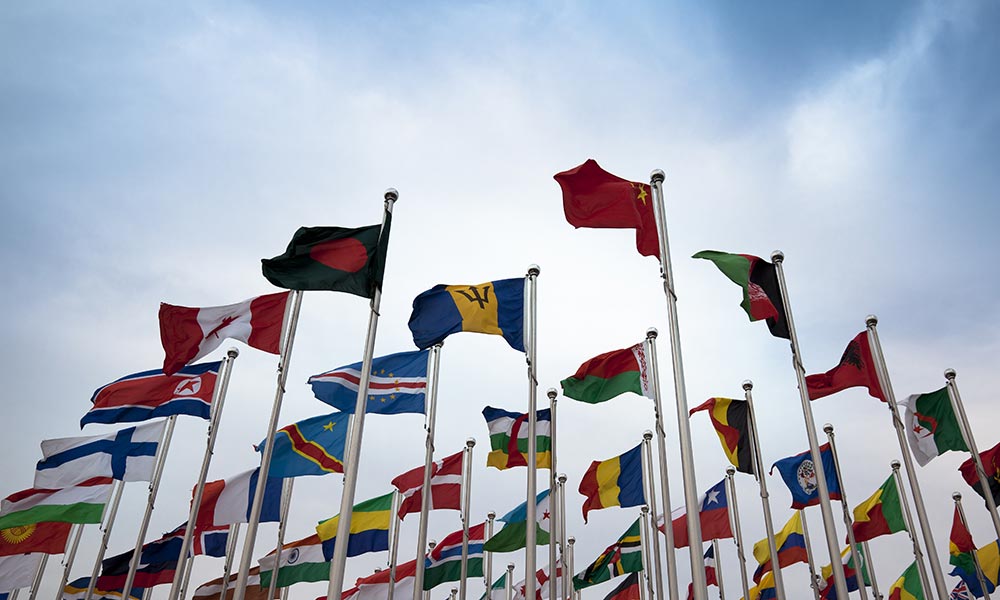 Months before the first CEO pay ratio disclosures were filed, the SEC issued guidance around the types of individuals that could be excluded from a firm’s median identification analysis. With the first year of disclosures now mostly behind us, we decided to take a closer look at how those exemptions were used—and whether they proved to be beneficial for companies.

The SEC guidance allows companies to exclude consultants and temporary employees hired through an independent third party, as well as three other employee carve-outs:


The de minimis exemption, which can be applied by virtually any firm with a non-U.S. employee population, allows a firm to elect the removal of non-U.S. employees from the median identification analysis on a whole country basis if:
If companies use the de minimis exemption, they must disclose an estimate of the number of employees removed from the analysis by country. A company can cherry-pick the countries they use to exclude non-U.S. employees as long as they remove all of the employees in that particular country, and (as stated above) the total percentage of removed employees is less than 5% of the total employee population.

We discuss each of these goals in greater detail below.

Collecting data from multiple regions may constitute an enormous administrative burden for many firms. The SEC acknowledged there would be costs associated with CEO pay ratio compliance, including time related to data acquisition from payroll and HR systems. The de minimis exemption was one way to help firms reduce compliance costs.

A second approach to the de minimis exemption would be to remove as many individuals from the median identification analysis as possible without regard to the number of countries removed. In doing so, the median employee compensation could increase, as many non-U.S. jurisdictions pay lower wages relative to the U.S. Thus, by removing as many individuals as possible via de minimis exemptions, the impact could increase median employee compensation and decrease the ratio.
However, this pursuit often had a modest impact on the ratio. In reviewing client data, companies that used the de minimis exemption rarely resulted in a reduction of the ratio greater than 5% and often resulted in a reduction of less than 1%.

One reason for this is that organizations tend to employ more workers in relatively lower-compensated salary bands. This is not to argue against the irrefutable fact that half of the organization will have “below median” compensation, but rather it suggests that the underlying distribution of compensation takes on a certain pattern. This pattern of compensation is often described as a lognormal distribution, where the bulk of employees near the median will be clustered in a certain, often narrow, range. The right tail of employees, which is more dispersed, will often correspond to senior managers, executives, and other highly-compensated individuals. The net effect is an asymmetry, as illustrated in Figure 1. 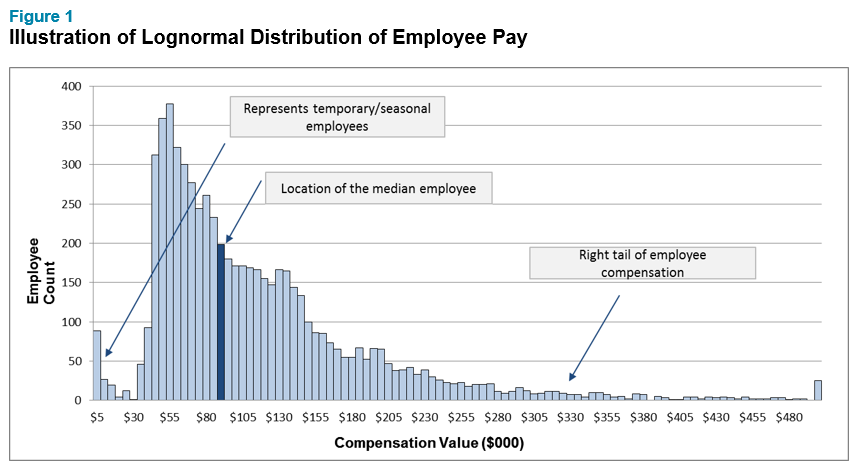 It takes a significant change to the underlying data set to change where the median employee is located and how much that person earns.

Keep in mind that it’s rare for individuals in one country to all have below-median compensation. Many firms have highly-compensated individuals in every location. Since the rule requires the removal of employees on a whole-country basis, the impact on the final CEO pay ratio of employing the de minimis exemption is often limited by even a small handful of managers with above-median compensation.

If the previous de minimis exemption of a firm now totals more than 5% of its total employee population, the rule does not specifically address whether the firm must re-identify the median employee in order to stay below the 5% level. Instead, it focuses on evaluating whether there were significant compensation changes for the median employee.

While it’s true that some firms may have reduced compliance costs by applying the de minimis exemption, many others that were expecting its application to significantly change the median employee’s compensation (and final ratio) likely noticed this was not the case. Our recommendation to clients has consistently been against employing de minimis exemptions for these reasons.

If you have any questions about the CEO pay ratio, or other governance-related topics, and want speak with a member of our compensation consulting group, please write to consulting@radford.com. 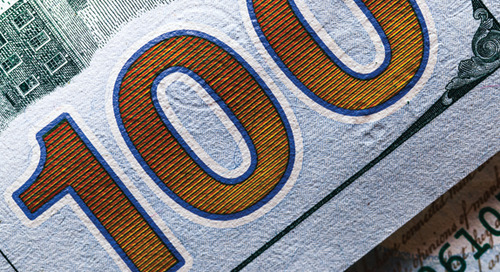 The updates provide clarification on how ISS will implement changes to its equity plan scorecard methodolog... 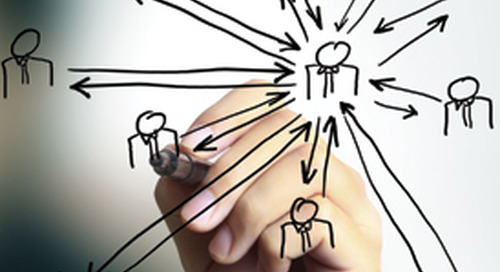 Deciding whether to re-identify your median employee is a key question going into the second year of pay ratio disclosures. We weigh the pros and cons. 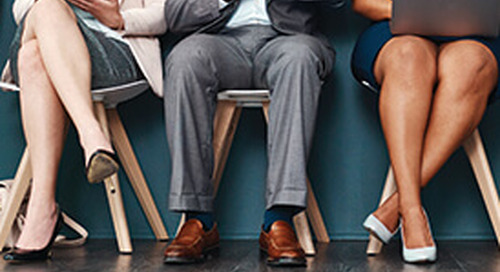 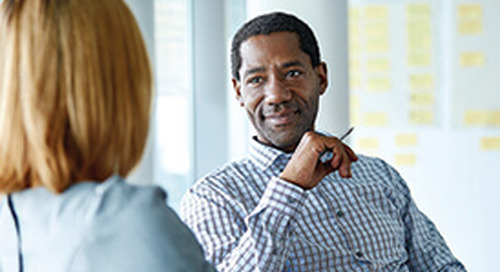 This article outlines our summer checklist for staying on top of your executive compensation plan design and year-end activities.